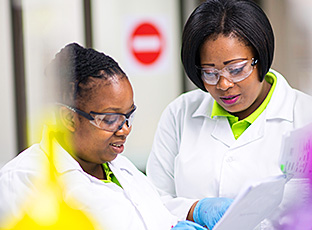 Prior to this he was Managing Director of Old Mutual Corporate.

Experience:
He has been with Omnia Group for 8 years and successfully served as interim Financial Director since August 2019. He began his career at Deloitte Consulting and has 17 years of international finance experience in the manufacturing, chemicals, mining and agriculture industries. He has served on several boards, both locally and internationally, in an executive and non-executive capacity.

Experience: Kavita has in excess of 20 years of experience in Integrated Environmental Management, Occupational Health and Safety Management, Sustainability Management, ESG Management and Project Management. She joined Omnia Group in 2013 as the General Manager for Group SHERQ and held this position until her promotion to Group Executive: Sustainability and Risk in 2018.

Experience:Lennon is an admitted attorney with 19 years’ post articles experience. He has extensive in-house counsel experience having led legal departments in the petrochemical, manufacturing and science and innovation industries as well as across Middle East Africa.

Experience:25 years in Company Secretarial and Corporate Governance, in both JSE-listed and unlisted companies. Sectors include telecommunications and construction.

Experience: Francois completed a master’s degree in chemical engineering in 1994 at the University of Pretoria and started at Sasol Holdings in 1995, working in various roles in Sasol Technologies. Joined Omnia in 2002 as Production Manager and later Technical Manager. Appointed as Operations Manager at Süd-Chemie Sasol Catalysts (Pty) Ltd in 2005. Joined Omnia in 2007 as Project Manager and then moved in 2009 into various business development positions in Protea Chemicals and Omnia Fertilizers, before being promoted to Group Executive: Business Initiatives in 2018.

Experience:Joseph has more than 25 years experience in the global explosive industry with 15 years at senior management level. He has worked in Canada, the United States, Australia and Latin America as an executive in the mining services, power generation and oil and gas industries. He is a graduate of Harvard Business School.

Experience: Michael has in excess of 25 years experience in the petrochemical and mining industries in a variety of technical, sales, marketing and management positions. He joined Protea Mining Chemicals in 2006 and held the position of commercial director until his promotion to managing director in 2016.

Experience: Jacques joined Omnia in 2001 as a mechanical engineer in Sasolburg. He was later transferred to Rustenburg to serve as Technical Manager on the phosphoric acid plant. In 2006, he joined the Omnia Group Projects team and acted as Project Manager for the construction of the nitrates complex at Sasolburg. In 2015 he was appointed as General Manager: Supply Chain for Fertilizer. He was appointed as managing director of Omnia Fertilizer on 1 June 2017.

Experience: Funani is an experienced and driven Chemical Engineer with over 15 years as an executive in local and multinational organisations. Before joining Omnia, he was the General Manager for Imerys Southern Africa and CEO for Imerys South Africa. Funani honed his senior management experience as CEO at Lafarge Mining, General Manager at ArcelorMittal’s Coke & Chemicals and Managing Director at Collect-a-Can. Prior to the above, he was a strategy consultant with Deloitte and Bentley West. He graduated from the University of Pretoria and also holds an Executive Development Program Diploma from Kellogg’s in Northwestern University" USA. Funani’s achievements includes turning businesses around, mergers and acquisitions as well project management. He believes his strengths are primarily his leadership skills, strategy development and execution, business management, negotiations and change management. He has more than 10 years non-executive director experience.