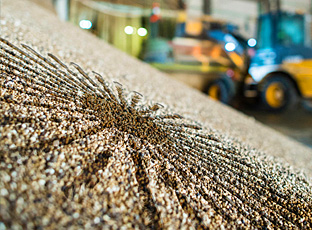 Experience: Previously served as director of Anglo Platinum, Northam Platinum, Mintek and Sasol and on councils of Chamber of Mines and Chemical and Allied Industries' Association (CAIA).

Experience: Nick is a professor of strategy and leadership at the Gordon Institute of Business Science (GIBS) in South Africa. In 1998, he was appointed to establish GIBS where he was Director and Dean from 2000-2015. He was a board member of the International Management Board of the Association of MBAs (AMBA) and served two terms as president of the Association of SA Business Schools (SABSA).

Experience: Former senior executive, managing speciality chemical businesses on 5 continents for Süd-Chemie AG, Germany for 30 years. He also worked for Ashland Chemicals Inc. of the United States. He has served on several boards, both locally and internationally, as managing director, executive director and chairman with joint-venture shareholders such as Sasol Limited, the Industrial Development Corporation, Central Energy Fund (CEF) Limited and PetroSA. He is a council member of a large global marketing consultancy and a member of the Institute of Directors in Southern Africa (IoDSA).

Experience: George retired from Deloitte during 2015 after a 30-year career with the firm. As a financial services industry partner, George provided audit and a variety of other professional services to clients including life insurance and re-insurance companies, asset managers, hedge funds and other finance entities. Currently, George serves as an independent non-executive director on the board of Accelerate Property Fund Limited, a listed real estate investment trust (REIT), where he is a member of the audit and risk, remuneration, and nominations committees.

George is also the lead independent non-executive director of a financial services group, Sygnia Limited, and chairs the group’s audit and risk committees.

She is a recognised business turnaround specialist who has served as executive director of Standard Bank responsible for setting up group corporate affairs, previously was vice president at CSIR; a senior manager in textiles and stakeholder management at Woolworths and as head of engineering in a manufacturing firm in the USA. Tina has served on other listed boards previously.

Sizwe has served on numerous boards the past 20 years and brings along with him extensive experience in energy and energy related investments acquired over the last 30 years.

Experience: Thoko holds a BSc and Teaching Diploma from Swaziland and a master’s degree in Medicinal Chemistry from Loughborough University in the UK. She serves as an independent non-executive director on the boards of a number of JSE listed companies. In 2005 she was named finalist for IT Personality, winner of Top ICT Individual and winner of Top ICT Businesswoman in Africa. In 2007, she was named the Businesswoman of the year in the Corporate Category.

Experience: Wim has over 35 years’ industry and strategic management consulting experience across predominantly the Chemicals, Energy, Oil & Gas, Agriculture, Pulp & Paper and Metals & Mining sectors. He also brings significant international experience to the board, with more than 13 years’ in Africa. Among other roles during his career, Wim most recently served as a Partner at A.T Kearney where he was responsible for, inter alia, the African region and at a global level strategy, business planning, productivity and operations. He retired in 2017 after 21 years within the group and served from September 2018 till December 2019 as interim COO of African Parks, a nature conservancy. He is currently and independent advisor, coach and interim manager.

Experience: He began his career with Gengold in 1983, subsequent to which he was appointed as General Manager of Beatrix Mines in 1993. After joining Randgold & Exploration Company Limited as Managing Director of the Harmony mine in 1995, Bernard was appointed as Chief Executive Officer of Harmony Gold Mining Company Limited in 1997, a role he held for ten years before launching To The Point Growth Specialists, which operates in the mining and resources sectors, specialising in identifying opportunities, unlocking value and driving growth.

Experience: Ronel is a CA(SA), having obtained a BAcc (Hons) from the University of Stellenbosch and completing articles with Arthur Andersen, where she attained the role of audit manager. In 2003, she joined the Spur Corporation Limited as its Financial Manager, whereafter she was promoted to Chief Financial Officer. After fifteen years with the Spur Corporation, Ronel decided to step away from corporate life and became a freelance consultant.

Prior to this he was Managing Director of Old Mutual Corporate.

Experience: He has been with Omnia Group for 10 years and successfully served as interim Financial Director since August 2019. He began his career at Deloitte Consulting and has 17 years of international finance experience in the manufacturing, chemicals, mining and agriculture industries. He has served on several boards, both locally and internationally, in an executive and non-executive capacity.

Experience: 25 years in Company Secretarial and Corporate Governance, in both JSE-listed and unlisted companies. Sectors include telecommunications and construction.