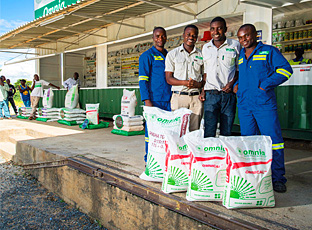 During the five year period from 1 April 2009 to 31 March 2014, Omnia generated wealth of R12.0 billion for shareholders, plus total dividends of R782 million while the Group market capitalization increased from R2.2 billion to R14.2 billion.

Global Credit Ratings has today affirmed the national scale ratings assigned to Omnia Holdings Limited of A-(ZA) and A1-(ZA) in the long and short term respectively; with the outlook retained as Positive.

The 2014 Integrated Annual Report was posted to shareholders today and is available on the website under the section Financials – Annual reports.